Our 15 year old 3.5hp Mercury outboard hasn’t run well since it was inadvertently filled with diesel instead of petrol, in Corfu. How that happened is a very private issue, but suffice to say the wrong container was filled with the wrong fuel by someone.

Here in Curacao when I fired up the old Mercury it haemorrhaged fuel and then died. A stuck float bowl, yet again.

Maxine has always been desperate for an easy and fast means of escape from Tainui when my irascibility becomes unbearable to her. She is unwilling to learn how to strip and clean the Merc carburettor (as am I). She decided Tainui needed a new outboard and led me quivering to Budget Marine where she bought Tainui a new Tohatsu 5hp motor. What a gem of a person she is. She has  been driving it round the  marina in Spanish Harbour like a new mother. I am not allowed to drive it, and Maxine is even talking about taking it back to London with her as cabin baggage.  This ownership thing is a bit of a worry. 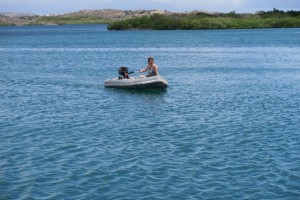 Curacao is an interesting mix of wealth and poverty. In Spanish Harbour there are big boats, lavish resorts and expatriate Dutch singing the island’s praises, all of whom/which are serviced by the very poor. Not Tainui’s kind of place, although it was interesting to see the extraordinary Dutch yacht “Ecolution”, designed by Gerard Dykstra, at the marina. 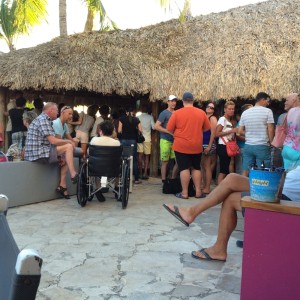 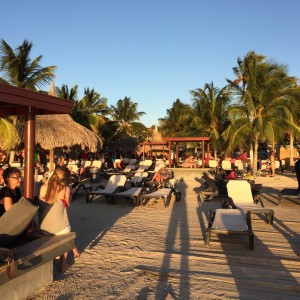 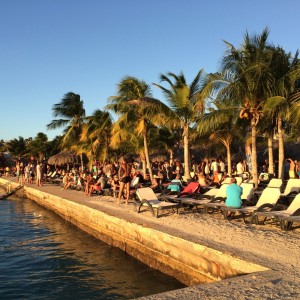 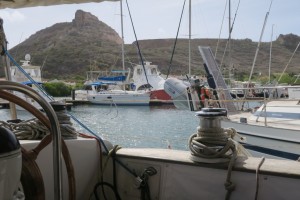 Willemstad, in the centre of town, is more colourful, edgy and appealing, although we had been warned about taking our boat into the city. I now regret we didn’t. 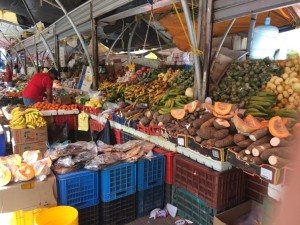 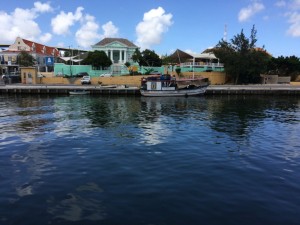 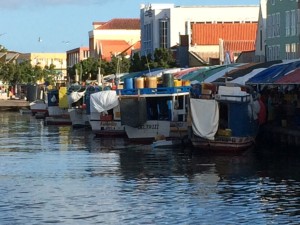 2 thoughts on “Darling, our first outboard”