For 15 years Chris has extolled to me the virtues of solitude. I am learning slowly, but still I dislike the company it provides.

Blinged up in her Russian attire Maxine has flown home to Moscow. Once again I find myself in a bigger, quieter and emptier boat. There are attractions, of course – a Kent Haruf novel, freedom from complaints about coffee grounds in the sink, Wagner at full volume, and Diocletian’s Palace in Split.

Of course there is yet another of those interminable work lists which are the bane of life for an elderly skipper in an elderly boat: the leaking bathroom tap, that loose mast step, some failed stitching in the spray dodger, a routine engine service, setting up ground tackle for single-handed (flake-free) use, getting spare coolant, filling the water tanks,  – the list goes on. But at least I don’t have to get that cockpit sign printed (“thank you for not speaking Russian”). And I can make a mess without interference. 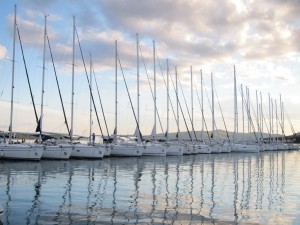 The marina here has filled up with EVSC charter boats, all in for their crew changes. The outdoor cafe is crammed with noisy, self-confident EVSC sailors returned from the sea, reminiscing and romancing in the sun. I suppose I understand the attraction but such sailing is not for me.

I raise a glass to dear Eilene Hannan, struggling bravely with health issues in London. Her lovely Marshallin at the Sydney Opera House (Stuart Challender’s last appearance in the pit there) is in my mind. Many plaudits in the musical world but only I can say I taught her to swim! Mary says we’re too old to make new old friends and I am sure she’s right. But crikey, what with Eil’s illness, Betty Wynhausen’s and Captain Dave’s recent departures everything seems so unfair, so transient.

The walled Venetian town in Trogir has fine Romanesque and some gothic architecture (see pics below). Full of tourists, it nonetheless allows a sense of a time and place long gone. Now, Venice calls. As we say in Tainui: “Do it now, because then you die!”. 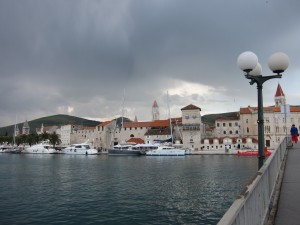 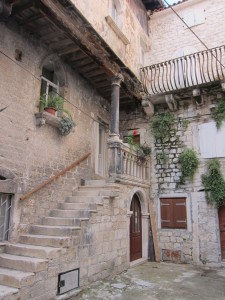 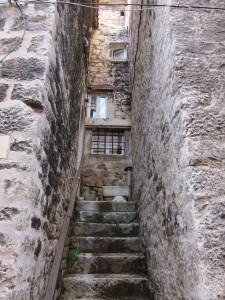 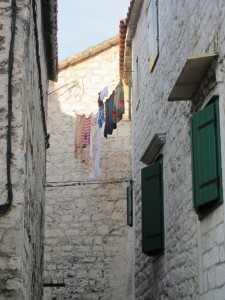 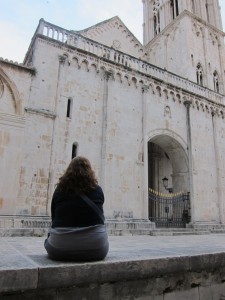 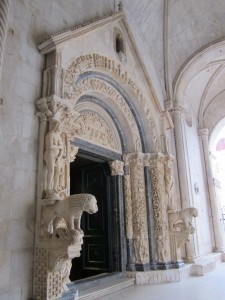 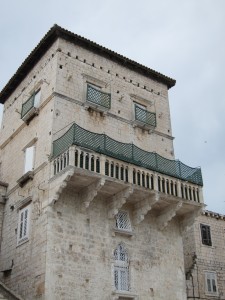