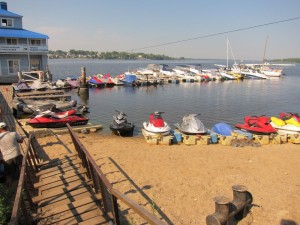 The marina at Kostroma is small, jet ski infested but friendly. We were welcomed warmly by Andrey and Anna, who had brought ice creams and 2 bottles of splendid isabella and raspberry wine. We settled into what has now become a Volga ritual – the arrival tipple. Decibels rose steadily as sincere but cheerful toasts followed one another rapidly. Incomprehensible Cyrillic is de rigueur, of course. Much too late we extracted ourselves and went ashore to explore Kostroma’s grand central square, restock Tainui’s drinks cupboard and eat.

At a busy restaurant our conversation naturally turned to the noun clause. Dirk is hell-bent on provisional admission into the Society for Preservation of the Subjunctive but on this occasion he did not improve on his prospects. Later, rather touchingly, he asked me whether the Subjunctive Society has an emergency help line.

The argument, which is what it became, was impassioned. Dirk was irritatingly single-minded and would not listen to reason. Maxine tried to help each of us in turn but her contributions were not helpful. Waitresses and other diners at the restaurant began glancing anxiously towards our table but Dirk, whose youthful but quite misguided passion was the root cause of the attention we attracted, was not to be distracted. But at least he paid the bill.

Of course the question will be sent to the issues committee of the Society while, at the same time, Dirk’s behaviour will be scrutinised by both the credentialling and the standards committees. But in the meantime an answer is needed. 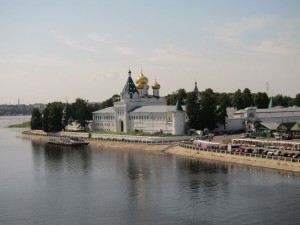 Before we left Kostroma we visited the monastery of St Ipatiy – less than 10 domes but a walled haven of peaceful gardens, a grand 16th century chapel, monastic buildings and a Romanov palace. The devout queued to kiss the icon while we just sat in silence. 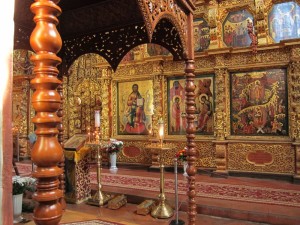 I like this sort of environment because it gives me relief from Miss Perfect’s taxing disagreement with everything I say, and Dirk’s stodgy pursuit of the only right answer to unanswerable questions.

13 thoughts on “St Ipatiy and the noun clause”