I have inserted the Repin image at Lieve’s request. And the two pictures below I uplifted from Sasha’ s superb book of old Volga postcards. How times have changed since then. 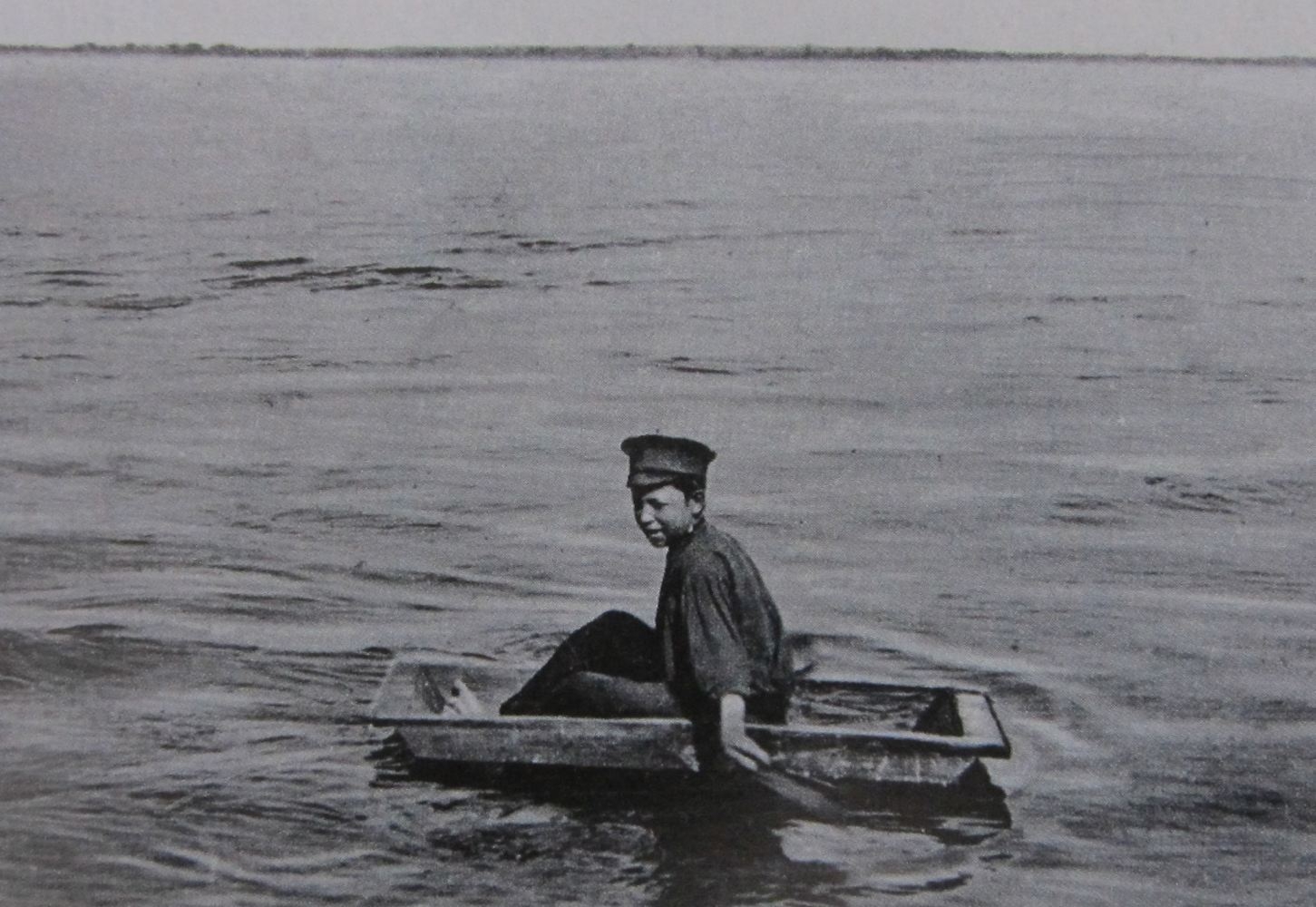 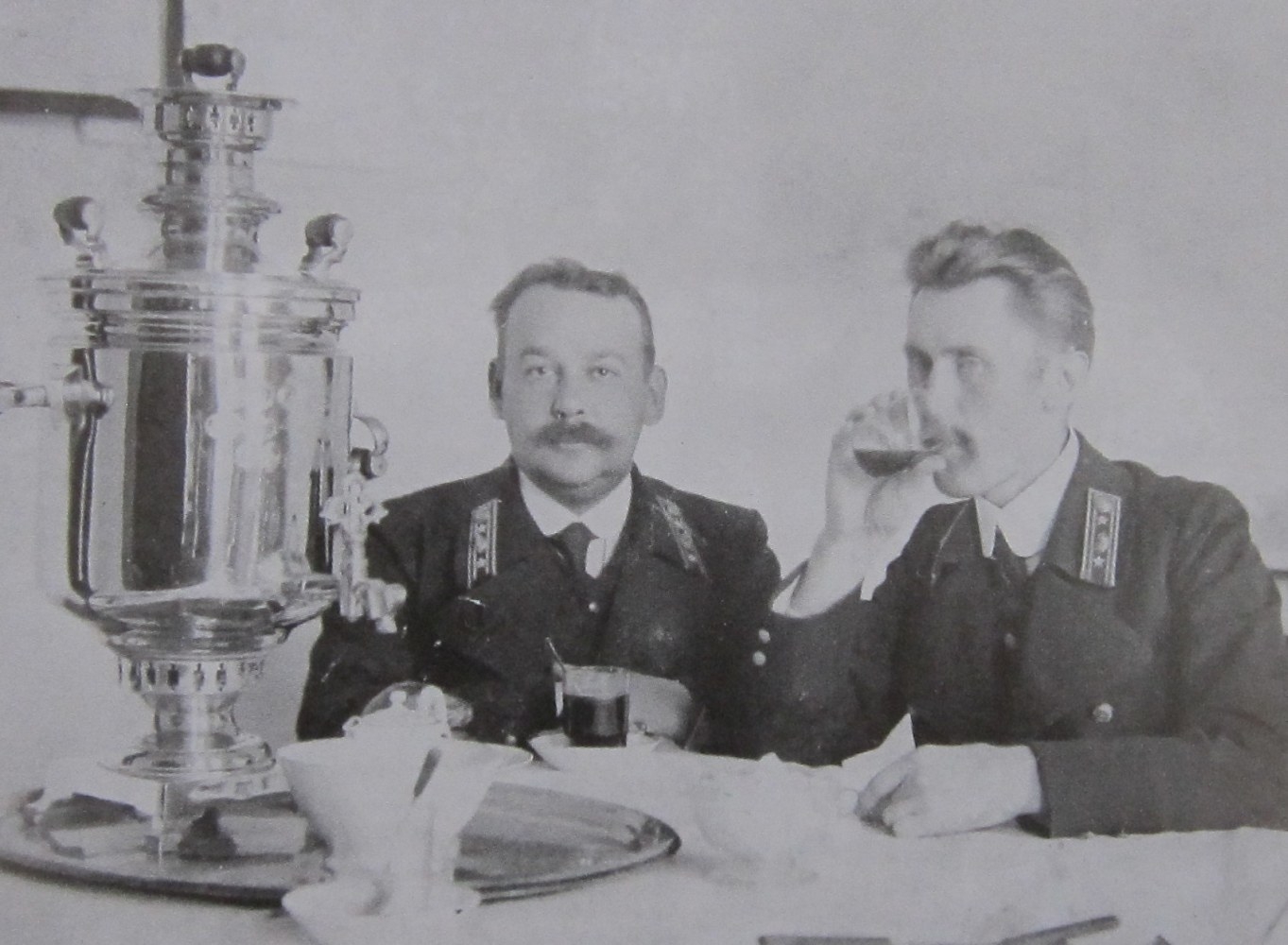 Today’s Volga boatmen drive huge double barges with great skill. Some are several hundred metres long (the barges, I mean), controlled by a single pushing tug at the stern. I could watch these blokes negotiating the locks and tight river bends for hours. Much more modest are the thousands of solitary fishermen at anchor in their flimsy inflatables, fishing for sterlet and other goodies along the whole length of the river.

For two days we have been motoring down Kuybyshev Reservoir, a huge inland sea some 300 miles long and up to 25 miles wide. Created when the Volga was dammed for a hydroelectric power generation at Tolyatti in 1956, the resulting interruption to normal river flow has been a mixed blessing, I understand. The ecology, marine life and even the weather of the Volga have been affected hugely and many riverside towns have had to be relocated. From a navigational point of view the river has been tamed. Gone are most of its shifting sandbanks, shallows and fast, unpredictable currents. The journey from the Baltic to the Caspian and Black Seas is now a reliable commercial route for some 4-5 months of each year.  But check out the following picture – if that isn’t algal bloom caused by low flow and phosphate runoff, I’m a monkey’s uncle. Think what it is doing to oxygenation and the health of native fish stocks in the Volga. We have had a steady 1 knot favourable current and modest (10 knot) headwinds. But the reservoir is shallow and with such a long fetch, steep little seas get up quickly. This must be an absolutely horrendous bit of water in a blow. One thought on “Volga Boatmen”