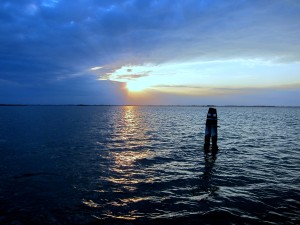 Last night I sat in the cockpit with a glass of red, marveling at the spectacular light show as a line of black thunderstorms approached from the northeast. Continuous sheet lightning with little thunder, reminding me of those storms which hover over the Brazilian coast.

Later, as heavy rain pounded the deck and wind whistled in the rigging, I felt secure, even smug in Tainui’s cosy saloon as I read James Robertson and dozed off.

This morning I decided to write something about thunderstorms. To my horror I discovered that my computer had disappeared. I had watched Miller’s Crossing (thanks, Jasper) a couple of nights ago and I was fairly sure I hadn’t taken the thing off the boat since. Either someone had been aboard and pinched it, or it had been lifted from my bag at the restaurant.

This was the replacement Thinkpad which Maxine had brought from London (after I had dropped the original into the briny while climbing aboard in Marmaris). I was pissed off, to say the least, even though all the data were backed up both to Dropbox and onto an external HDD.

A thorough search of the boat took over an hour, and revealed nothing. I even went through the sail bags, although how a computer would find its way into the spare mainsail I cannot imagine.

Just before setting off to the marina office in the faint hope that someone had handed it in, I had one of those stroke-of-lightning moments which should never have been needed. Yes, the computer had been sitting all night in the galley oven, religiously stowed last night by a slightly tippled skipper, in anticipation of the stroke of lightning that never happened.

What does that say, hey?

One thought on “Thunder and lightning”