It is no coincidence that today is the anniversary of the completion of the Gutenberg Bible. While our Volga prose is perhaps less earth-shattering and not quite complete yet, it nearly is. And the end of this wonderful journey is now in sight.

It has been an eventful week. Mainly because my 3 month visa did not allow time for Tainui to clear out of Azov before the visa expiry date. You would think it an easy matter to either renew it in Moscow or zip across to Talinn, Riga or Vilnius and apply for a new tourist visa there. But no.

After several days’ negotiation with Azimuth Travel here in Moscow it became clear that an extension to my existing visa from within Russia would only be granted if I were newly quadriplegic or something. The Australian Embassy in Moscow tried unsuccessfully to help. Then I discovered that application for a tourist visa needs to be submitted from one’s place of primary residence. True, an application can be made in one of the Baltic states but that involves a two week processing time and even then one is reliant on the generosity and cooperation of the local Russian embassy, both of them unpredictable.

So it was home to Sydney and back again. All in a week in which jet lag acquired vibrant new meaning. 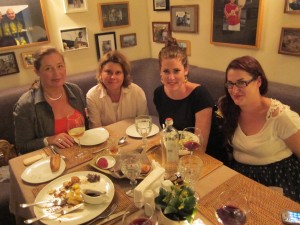 Now we are in Moscow to meet my gorgeous daughters and escort them down to Tainui in Volzshkiy. Maxine is back from essential R&R with her man and so things have fallen into place for the next bit. Heaven knows how. More titanium than you could ever need!

Lovely Lieve has taken on her role as Moscow tour guide and we have visited places away from the normal tourist map. The aerospace theme park, the lookout from which Napoleon surveyed a burning, deserted Moscow, the huge All Russian Exhibition Centre theme park which gives whole new meaning to the concept of bling, and others. 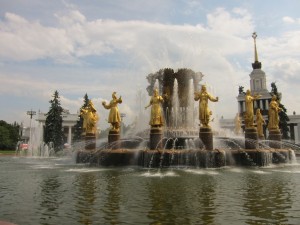 In a cruising yacht one of the skipper’s most important and challenging roles (second only to not sinking the boat) is settling the crew into a harmonious and efficient whole. Each crew change brings new challenges. In Reykjavik it involved keeping Mike and Andy from each other’s throats over whether Dick Cheney should be tried for war crimes; in Surinam it was keeping David happy in wonderful Paramaribo (“that shithole”, as he called it) while I explored; and in Cherepovets there was the araucaria puzzle of folding Dirk, a 9 foot high human umbrella, into what was for him an impossibly tiny boat.

Here, it will be juggling these 3 larger-than-life, space-occupying souls into one vessel. It will work, but I suspect things might be a bit chaotic for the first year or two.

One thought on “The Gutenberg Bible and visas”