Australian quarantine clearance for yachts is no light-hearted matter. For rather opaque reasons the federal government department (AQIS) deemed Tainui “suspicious”. AQIS was worried about termites aboard, apparently because of the boat’s age, her lengthy period outside Australia, her extensive timber joinery and her visits to termite-endemic countries.

We had 3 exhaustive inspections by gloved and white-suited quarantine officers. They took specimens in ziplock bags and sent them for examination by the AQIS entomologist. Nothing was found but AQIS remained suspicious and wanted Tainui to have a full fumigation.

Now fumigation in Australia is a serious business. The boat needs to be fully clad, wrapped and sealed. Methyl bromide is then pumped in and left to stew for two days before being let out into the atmosphere. Methyl bromide is toxic and its use is banned by most countries. One molecule of the stuff seems to cause more global warming in one second than an entire coal-fired power station in a year. And the cost ($6,000) must be borne by yours truly.

The two species of termite they fear are cryptotermes brevis (drywood termite), and coptotermes formisanis (formosa termite). Both are already present in Australia, along with 300 other termite species. When I pointed this out to AQIS they said yes, but they didn’t want a termite-infested yacht spreading them any further. 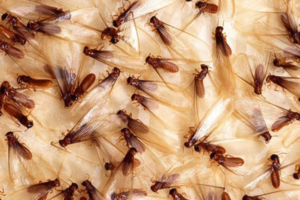 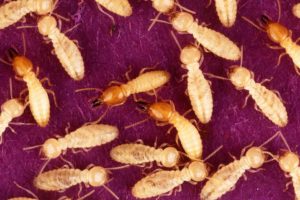 When no evidence was found of present or past infestation with any form of termite whatsoever, AQIS remained unimpressed by my anguished pleas for some element of proportion in their demands. Finally, and after much cajoling, they agreed that if I brought termite sniffer dogs aboard at my own expense and the dogs found nothing, Tainui’s clearance back into Australia would be granted.

Interestingly, sniffer dogs can be trained to find any particular species of termite, and both/either active and past infestation. The accuracy of their diagnosis is said to be 94%.

So we got affable sniffer dogs aboard ($600 for their visit) and of course they found nothing. We finally got our clearance completed!

I wonder how many other vessels arriving into Australia have faced this sort of quarantine reception.