We departed Fair Isle on a calm, sunny morning. We motored past the crags under Skroo Light and marvelled at the myriad seabirds wheeling round the white cliffs.

North Ronaldsay light was visible long before this low island came into view, just as reported in the Pilot. The SE breeze freshened as we passed between Runabrake and Baa of Trevan (Sanday),  turning south round Holms of Ire into Eday Sound. Such wonderful names!  A freshening breeze from the south gave us a splendid tight fetch down channel on port, with a big boost from the tide. On our left were the farmlets where the famous seaweed-eating sheep are grown.

It is much less wild and rocky than the Shetland coastlines with gentle rolling hills, patches of dazzling green and well-groomed pastures.

At 1500h we reported in to Shetland Coast Guard before tying up at Kirkwall Marina. Bruce and Andy were off exploring like a shot. Mike left soon after. Once again I sat peacefully in the cockpit.  I basked in the silence, lack of movement and gentle satisfaction that comes with having arrived without crisis, breakage or pain.

There followed 3 days of exploration in this wonderful world – a rich historical melange of Neolithic, Iron Age, Viking, gothic, Victorian and modern. My idiosyncratic favourite was the tomb of John Rae, a little known hero of mine, in Kirkwall Cathedral. 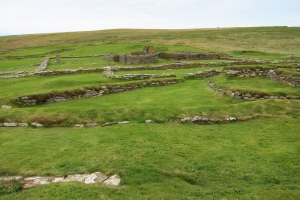 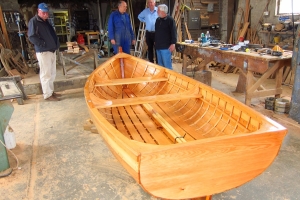 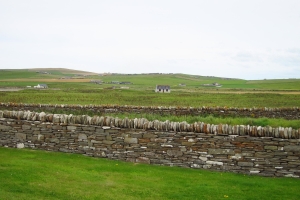 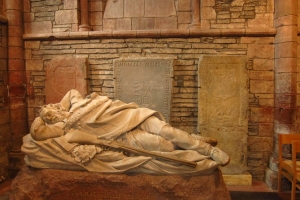