A fast windy downwind sail saw us doubling the southern point of Niue soon after dawn. A long flat silhouette, with jagged cliffs and spectacular blowholes.

The world’s 235th largest nation with a population of 1,600, Niue is a fat lump of coral (the world’s largest) sitting atop an uplifted volcano. Rich tropical forest carpets the shore high above the coral cliffs. At Alofi we picked up one of the moorings laid in deep, remarkably clear water by Niue Yacht Club (“the world’s smallest and friendliest yacht club”).

Alofi is not New York City, that’s for sure. For one thing, it is small. And from seaward it is not immediately user friendly – there is an unbroken wall of 20 m cliffs dropping straight into the sea and at the landing jetty you have to lift the dinghy out of the water with a crane.

But once ashore, you could not meet a friendlier, more laid back and helpful population anywhere. You cannot walk because people all stop to offer you rides. Pay us tomorrow said lovely Ira, as she handed us cold beers at the tiny yacht club.

During happy hour, the locals told us about the cyclone which ravaged the island in 2004. Houses on the 20 metre cliff top were not blown away but washed down by unimaginably huge seas which swept the town. Extraordinary. There is little sign of it now, apart from a large fuel storage tank which leans drunkenly above the jetty.

We walked, snorkeled and swam. I was able to buy a fly swatter and some spicy mixed bhuja – both of them real finds. After a fine Japanese meal we found our way back to the boat from the jetty, though how we managed that beggars belief. 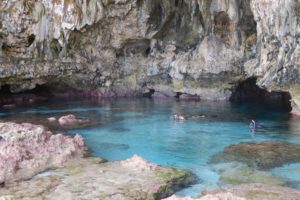 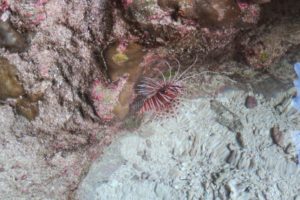 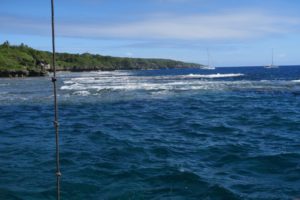 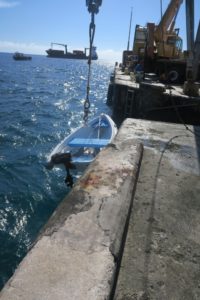 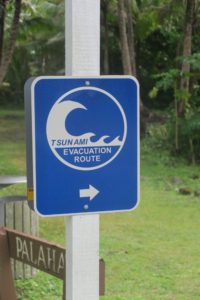 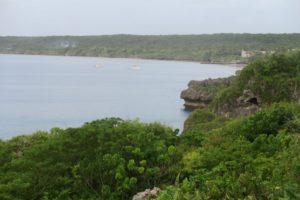 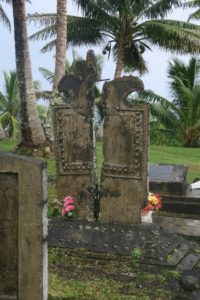 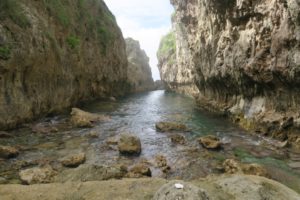