We are now heading north along the west coast of Newfoundland. After bloating ourselves on mooseburger, fried cod tongue and other Newfoundland delicacies at Woody Point in Bonne Bay, we motored out into the mist. 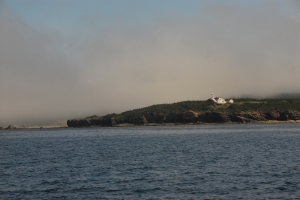 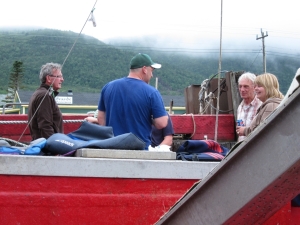 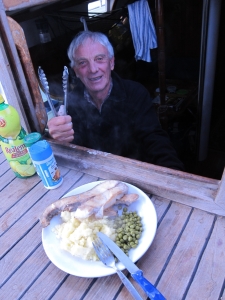 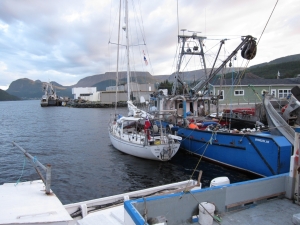 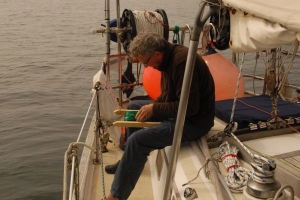 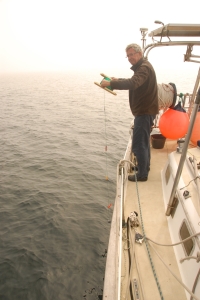 At the 20 fathom line we hove to so that Ian could try his new cod jigging rig. It’s easy, the local fishermen told us. But one bite was all we got. So tonight we eat halibut – the fruits of their toil, not ours.

Now the fog has lifted and the seas sparkle. If the weather holds we should be arriving at Battle Harbour Labrador tomorrow night.