Kazan, largest port on the river system, sits at the confluence of the Volga and Kama Rivers, which ends its thousand mile journey from Siberia here. Protecting these vital trade routes, Kazan has always been a garrison town. Originally Tatar, it was taken by Ivan the Terrible on his third attempt, with huge loss of life.

More prosaically, Kazan will always occupy a special place in our hearts. Not only is it a safe place to park a yacht, but we have been met with so much warmth and generosity by wonderful friends here that it is difficult to leave. Not long after we had passed under the Transiberian Railway Bridge Credo came out to meet us in the river near the Disneyland domes of the Church of All Religions and guided us in to the snug marina run by Oleg Tyurin. The impressive faux gothic Transiberian railway station is 300 m away. 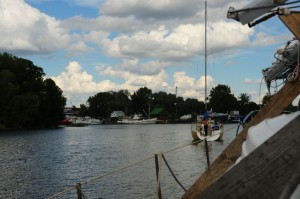 Willing hands helped us tie up and then there followed a lengthy party on Tainui and Credo both, with music and dancing, noisy but incomprehensible conversation, shashlik, salads and many, many toasts. 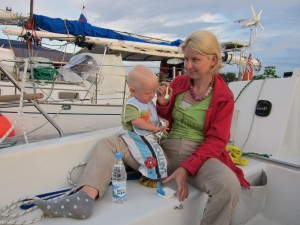 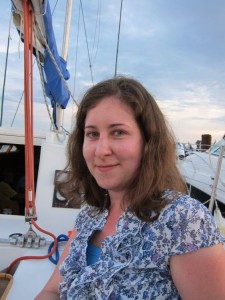 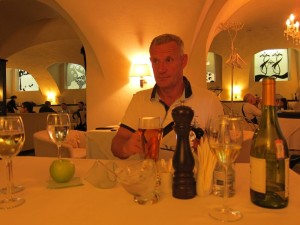 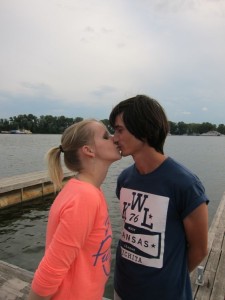 Credo’s owner Sasha and his endless supply of cognac; Andrey, who designed and built Credo; Andrey’s quiet, astute music-loving daughter Masha; Tatiana with her sharp wit and beautiful smile, quiet Artyom and gorgeous little Egor; Damir the architect who guided us tirelessly at Sviyazhsk and then later through the Kazan kremlin; and of course Oleg. 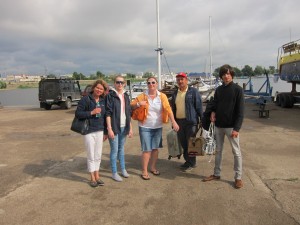 It was Oleg who took our laundry home to wash, spent a whole day organising our provisioning and drove us across Kazan to find us our engine supplies. An easygoing, quiet but attentive bloke who circumnavigated in 1998 from Kazan, Oleg has an impish smile and a sailor’s zest for life. What a gem of a fellow.

In Kazan we are bidding fond farewells to Lieve, our champion helmsperson and char, who has settled so well into our shipboard routine. She is replaced by Gerda and Dima, who drove down from Nizhniy Novgorod to spend a week on the Volga with us. They have been tucked into the aft cabin.

Kazan, birthplace of Chaliapin and Nureyev, is a rich architectural mish-mash dominated by its World Heritage kremlin. Pictures to follow. Onion domes now share the skyline with minarets and the Tatar and Islamic influence is everywhere apparent. Oleg reports that Fyodor Chaliapin and  Maxim Gorky were boyhood friends here. They both applied to join the church choir but Chaliapin was rejected because his voice was not good enough (he went on to become the world’s greatest bass baritone!). Such is life.

I understand that much of old Kazan was destroyed during the Stalinist years but there is an active reconstruction program well under way.