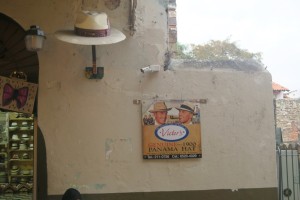 …but utterly beguiling. On the Caribbean side of the Panama Canal, Colon has a well-earned reputation for violence. Visitors are warned not to visit the old town except by taxi, in the mornings (while the bad people are still asleep), and not during the week before the twice monthly paydays (when bad people are particularly voracious).

Old Colon has all the hallmarks of a grand city gone completely to seed. There remain the bones of wonderful art deco buildings and villas, but the poverty and decay are all too evident. Our taxi driver would not allow us just to wander and take photos. “Muy peligroso” he said. Such a pity. 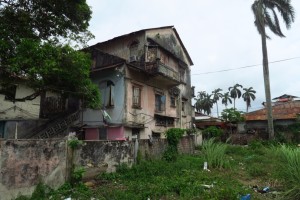 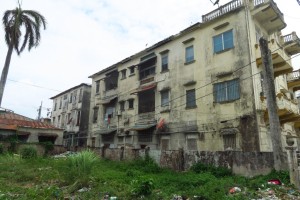 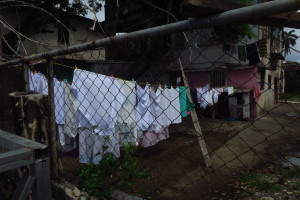 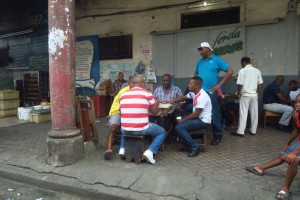 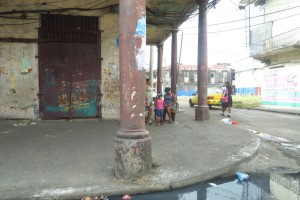 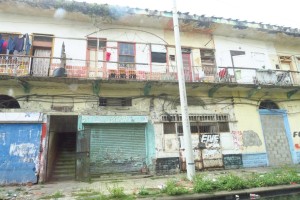 Colon harbour is enclosed by huge breakwaters and Shelter Bay marina sits in a snug inlet on the bay. It is on the site of the US army base Fort Sherman, built in 1914 when the canal was opened, and then abandoned in 1999 after  ownership of the canal reverted to Panama. It is slowly being subsumed into the surrounding rainforest where, we are told, jaguars can still be seen.

It was a pleasure and something of an anticlimax for us to tie up in Shelter Bay after the long journey from Gibraltar down the coast of Africa, across the Atlantic and through those wonderful Venezuelan islands. Here Tainui will be hauled out, shrink wrapped and dehumidified for the wet season while Max goes home to Dirk and I fly to Australia to see my bank manager (yet again). 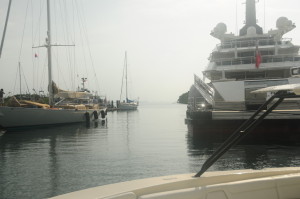 Vast rafts of commercial ships sit at anchor off the entrance to Colon bay, waiting to transit the canal. You couldn’t miss the harbour entrance even if you tried. 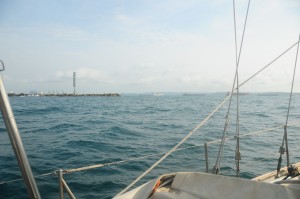 In the Shelter Bay marina all yachts are either coming from, or going east into the Caribbean. Relatively few of them are heading off into the South Pacific. For the first time we see Australian ensigns.
The first proposal to build an isthmal canal was mooted by Charles V of Spain in 1534, and he went so far as to have a route surveyed. The French finally started dredging a canal in the late 1800s but abandoned the project, defeated by inexperience, yellow fever and malaria, after wasting 300,000,000 dollars (then) and 20,000 lives. The canal was finally completed by the US in 1914 and now carries 14,000 commercial vessels each year. It is a grand commercial affair, with 3 upward locks to the artificial Gatun Reservoir and another 3 down again. Here there is none of the grandeur of the Volga locks, the anxious chaos of the Gota Canal locks or the mystic beauty of the Caledonian. It is all business here. But hugely impressive nonetheless. It will be fun to go through these locks in November. The new canal, due for completion in 2016 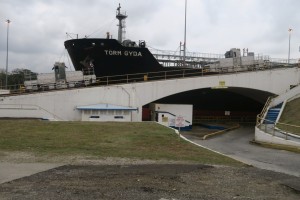