We’re tied up at the tiny yacht club and all is peaceful. I don’t think a foreign yacht has ever been here. The yard manager, a genial old bloke, took our lines and chatted amiably with Maxine in Cyrillic while I celebrated another gentle arrival with a small ale.

According to Wiki, this steel manufacturing city is one of the world’s most polluted. We must be lucky then, because the air is clear and the water looks clean ( I don’t know what cadmium looks like though).

Dutch Maxine’s Belgian friend Lieve’s Russian husband’s Russian brother Sasha came to meet us and took us in search of our greatest need, a Japanese meal. The splendid man found us a good Japanese restaurant in the Russian equivalent of Westfield Plaza. Stalin never ate at a restaurant like this. Maxine certainly has connections – as we ate, she mentioned that she had a discount card for this restaurant but had left it in Moscow!

Sasha told us that Cherepovets, like so many places we have visited, is a city in decline. Our local contacts in towns like Medvezhegorsk have tended to blame Gorbachev and perestroika, whereas here Sasha says the GFC is the problem. As we drive through town, it doesn’t look like a dying city to me. There is a sense of energy and wealth here which was quite absent in the towns we have visited earlier.

Dirk arrives in an hour and Max is all agog. I am looking forward to some time alone on the boat to get stuck into the multitude of small jobs which accumulate relentlessly. – dismantle and repair the deck wash pump, which has severe prostate trouble; top up the batteries; repair a damaged rubbing strake; transfer the last of the diesel into the port tank; change the engine oil and filters; plan navigation for the next leg; straighten and reinforce the mast cross-braces; learn Russian, etc, etc. That will take a good two days, after which Max and Dirk will be back from their luxury hotel and we can depart. 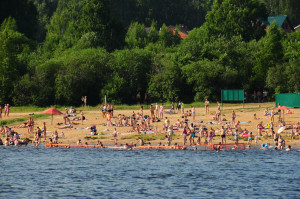 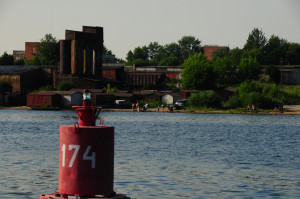 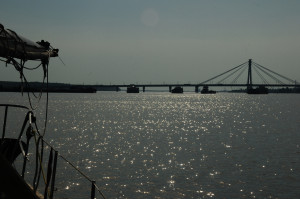 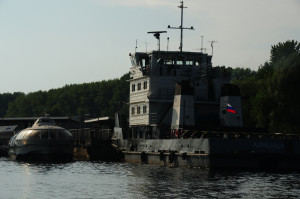 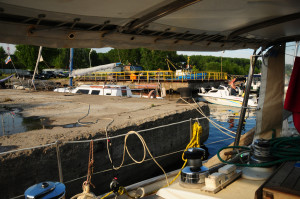 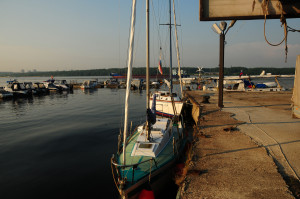 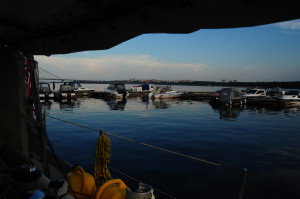 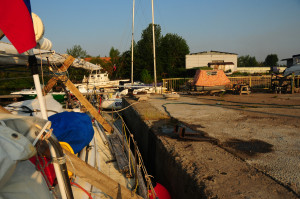